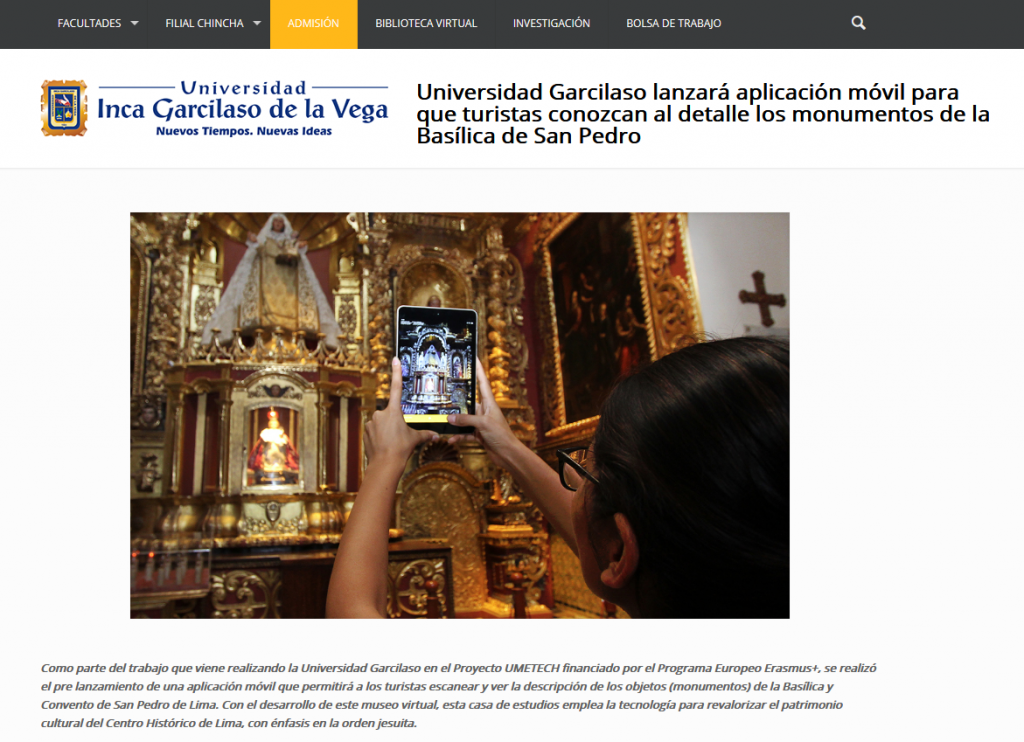 8 March 2019 – San Pedro Church, Lima
Presentation of the MUSOLI Application to the Jesuit Community: restorers of the San Pedro Church and Authorities of the University

Check it out HERE the second newsletter about our latest results! 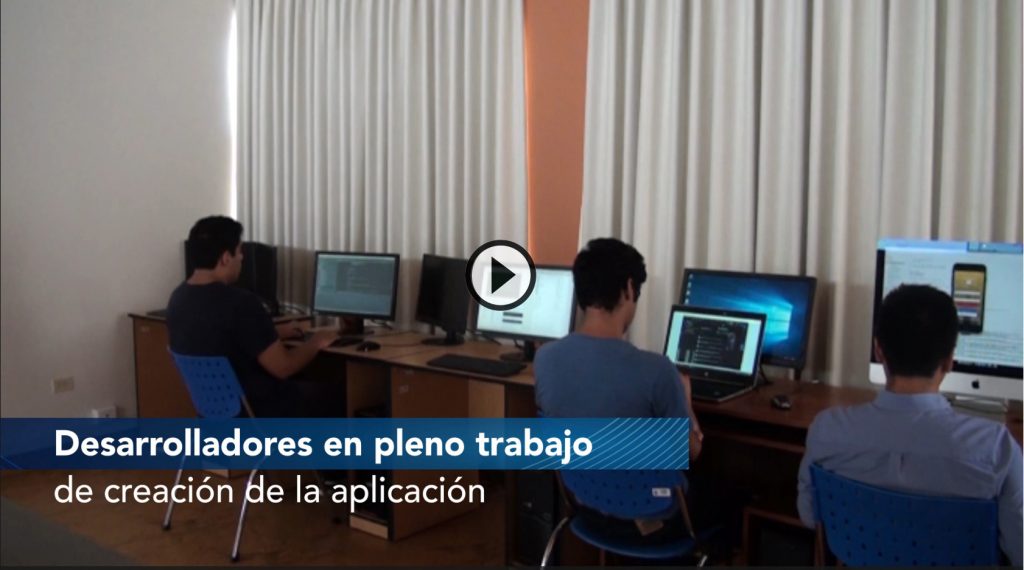 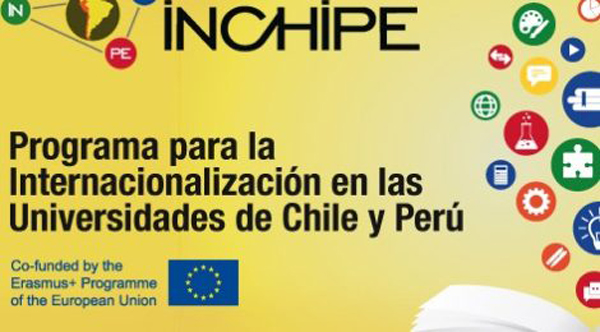 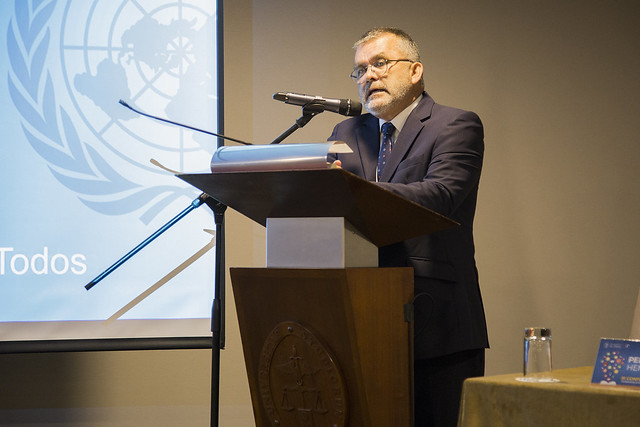 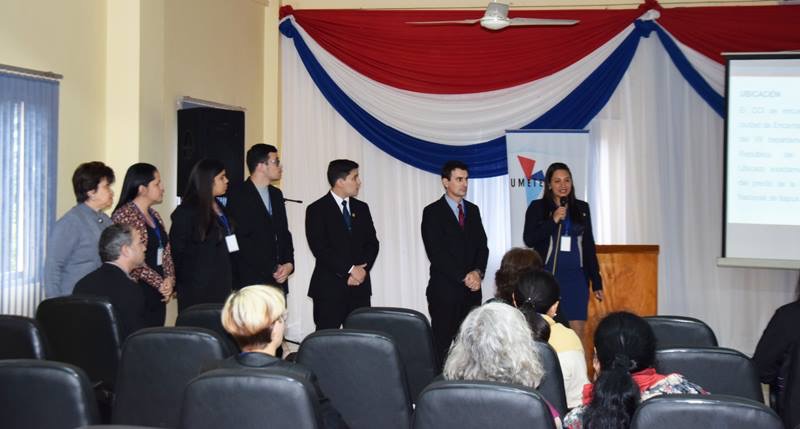 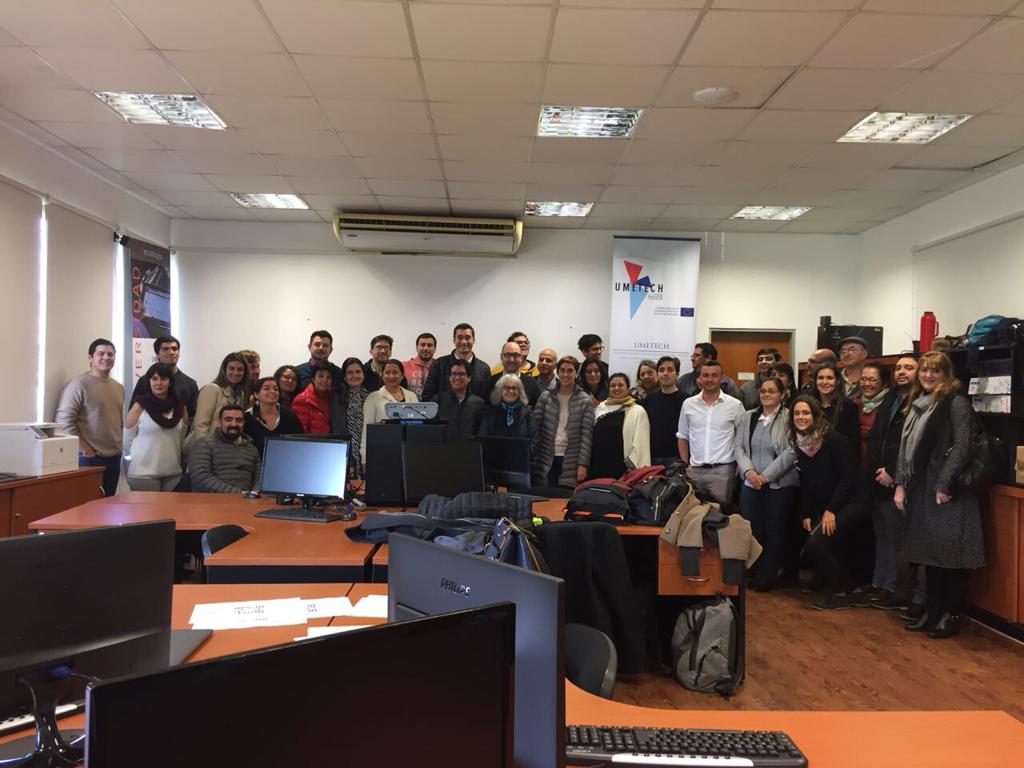 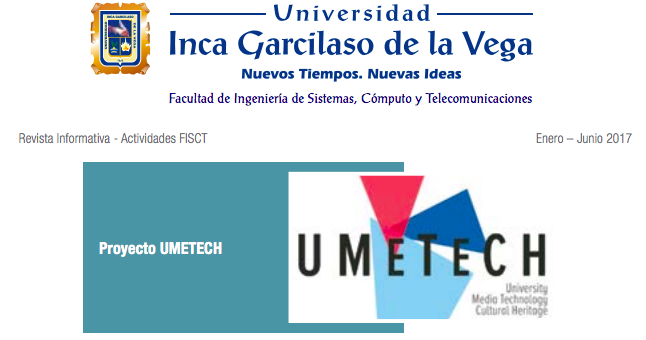 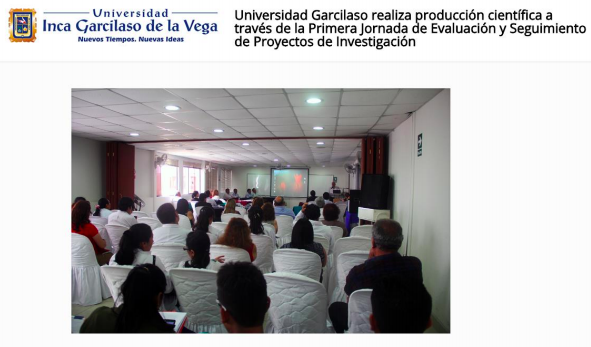 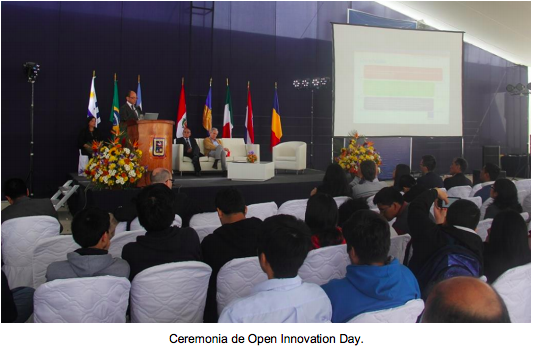 The Open Innovation Days were planned  on 12-13 October 2017  in Lima, Perú and Cordoba, Argentina.

The Open Innovation Day was first announced to UMETECH members on july 7th. UIGV started inviting stakeholders and drafting the agenda for both days. Several possible stakeholders werw invited to do speeches on the afternoon of the first day and it was planned to do two focus groups on that afternoon session too.

By September the first tentative program was delivered to the project management, including the list of stakeholders which would do speeches on the afternoon session; which were: Municipalidad de Lima Metropolitana, Zona Arqueológica de Caral and Dirección Desconcentrada de Cultura de Piura.

HERE  is the  OIDs Full Report  (Lima and Cordoba) 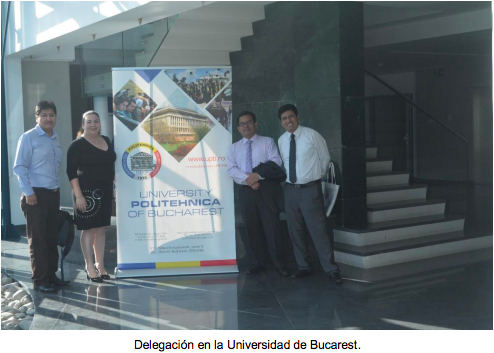